I hate going to any buffet type restaurant. Not that I hate food, rather, I love food so much that I find my urge to eat a lot hard to control when inside a closed room surrounded by food. Thing is, my mom loves going to these type of restaurants. She insist that buffets are much cheaper considering how my brothers (well, me also) eat a lot. And so, every time we have family dates, my urge to eat and the idea to be slim and healthy starts a riot within me. My solution? The most common, natural, and probably oldest solution there is – avoid rooms filled with food. That means to avoid buffets, parties, etc. as much as possible. I repeat, AS MUCH AS POSSIBLE.

The world today is actually a buffet of sins and we have this urge to indulge in them. We are surrounded by different kind of deceit and temptations pointing to what the world says okay, good, right, fun. We are in a world where pursuing earthly desire is way better than acknowledging heavenly desires. We are in a riot between sin and salvation, and as a mere human being, we are weak by ourselves. We always fall.

But there is actually a way to counter this vicious cycle of repeatedly falling. A way out to this trap we are in. Ask me what?  Avoid. You’ve read that right brothers and sisters. We should avoid temptations. We shouldn’t place ourselves in situations where the enemy have the chance to tempt us. I like how Joshua Harris points out in his book ‘Not Even A Hint‘ that we as human can never win over temptations by our own power. Human today tends to think its okay to be in the ‘unsafe zone’ as long as he can control himself. Wrong! That is just another lie the evil one wants you to think so that at the right moment when you are not fully aware, you’d lose your footing and fall completely to sin.

Brothers and sisters, we as human can never beat temptation. We need the guidance of God to overcome them but do we really need to go that far when we can just avoid the situation in the first place? I’m sure God would also love to see you do that. From now on avoid situations where you can be tempted. If you’re into pornography, avoid places you can be alone with your laptop. If you’re in gossip, avoid judging a person. If you easily lose patience, avoid people who would trigger your anger. If you can’t help but be a glutton, avoid places filled with food.

Brothers and sisters, start being humble and accept the fact that you can never overcome temptation alone.
Start seeing temptation as a big threat.
Learn to avoid them.
Again, avoid, avoid, avoid!

I pray for you all
God bless! 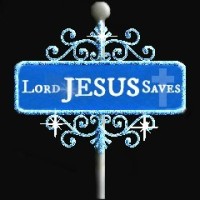 Smile,Jesus loves you. Salvation is free!!!!!!

the KINGDOM. the POWER. the GLORY

Devotions written for men and women by a Proverbs 31 Wanna-be.

This WordPress.com site is the cat’s pajamas